A lot of people don’t realize that high gain antennas achieve their gain by narrowing the vertical beam of the antenna.  For instance the Laird FG8246 antenna is listed as having  6 dBi gain at the horizon, but it drops to no gain at +/- 20o angle off of horizontal (AOH) and drops even more beyond that angle.

So, what does that mean in real life? Well, let’s imagine that you have that antenna mounted on a 100′ tower. The 20o beam will touch the ground roughly 300′ from the base of the tower. The formula to calculate the horizontal distance from the base to the intersection is:

In the diagram above, the area below the blue triangle will be limited in connectivity. If there are radios in that area, they may be “overlooked” by a high gain antenna, especially if the antenna is mounted on a high tower on the top of a mountain. You can use the formula above to calculate the distance from the tower the antenna should be most effective.

Where more is less….

Ok, now let’s look at a situation where having a higher gain antenna could SERISOUSLY hurt your coverage. Imagine a 100 story building in the middle of NYC. On top of that building they have a 11.15 dBi gain antenna on a 20′ mast. Assuming an average of 14′ per floor * 100 floors + 20′ = a ‘tower’ height of 1420′. Plugging that into the calculation, the HPBW would touch ground over 3 miles away from the building.

I see this question every now and then and have worked with people at my office getting this working. Unfortunately, there isn’t a straight forward way to do this… Trust me, it’s a process. As least with Office 2010, which is what this article is based on (YMMV).

END_OF_DOCUMENT_TOKEN_TO_BE_REPLACED

Ok, we’ve all heard that RCS isn’t end-to-end encrypted (even though it is encrypted to and from the carriers), but I just read an article at The Register that begs the question “is RCS privacy legally required to be better than OTT apps?”

END_OF_DOCUMENT_TOKEN_TO_BE_REPLACED 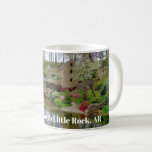 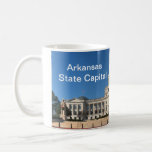 Rich Communication Services Universal Profile (or Chat as Google likes to call it) is all about interoperability. The end goal would be for ALL carriers world wide, to standardize on RCS as their carrier provided messaging platform (instead of SMS / MMS). There are a lot of moving parts that will have to come together for this to happen, but some of those parts are starting to come together.

END_OF_DOCUMENT_TOKEN_TO_BE_REPLACED

Maybe Google and Samsung are working together to make RCS inter-operate, but they shouldn’t HAVE to! And even if they ARE working together, that shouldn’t be the news here! We should be focusing on the fact that Rich Communications Services (RCS) Universal Profile (or Chat as Google wants to call it) is INTENDED to inter-operate between clients AND carriers!

END_OF_DOCUMENT_TOKEN_TO_BE_REPLACED

Here are a list of dialer codes that can be used with Google Fi.  These codes shouldn’t be used unless you are aware that they may impact the way your Fi phone switches between carriers.

END_OF_DOCUMENT_TOKEN_TO_BE_REPLACED 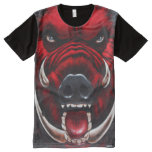 Raging Hog All Over All-Over-Print Shirt
$42.20